A highlight from last month in beautiful New York was having the opportunity to see two fantastic productions playing on Broadway!

First – Shakespeare’s King Lear directed by Sam Gold – What an honor to see the legendary, Glenda Jackson, in the title role! I have followed Jackson’s brilliant career for as long as I can remember, so this was such a special treat to see her incredible performance as Lear opposite the extraordinary, Ruth Wilson. If you’re familiar with Shakespeare’s King Lear, you will no doubt remember the significant storm scene in Act Three, Scene One. Funny enough, on the way to the Cort Theatre this particular night, I was literally caught in a heavy downpour with flash flood warnings! My Lyft driver was trying not to panic as he was getting numerous alerts as to the impending flash floods. He confidently yelled back to me while en route – “Don’t worry – I know we’re in a storm but I’ll get you to the theatre on time!” I couldn’t help but smile as I thought to myself – well this really is the perfect weather in which to see King Lear. This show has now closed, however the wonderful memory of this evening and production, will definitely live on.

The second production I saw whilst in New York was HADESTOWN. I can’t even begin to express how much this show captivated my heart. From the stellar cast, to the incredible set, to the music to the staging – HADESTOWN truly took my breath away. Directed by Rachel Chavkin with Music, Lyrics and Book by Anaïs Mitchell, I remember being not even half way through the First Act, thinking – “Oh my gosh! I wish I had another night to see this show again.”  Winner of 8 Tony awards (including Best Musical!) with 14 nominations – Hadestown tells a version of the ancient Greek myth of Orpheus and Eurydice, where Orpheus goes to the underworld to rescue his fiancée Eurydice. Hades is played brilliantly by Patrick Page! Do go see Hadestown at the William Kerr Theatre if you’re in New York or are planning to visit. You’ll be so glad you did!

Until next time, New York…

Hello Texas and and New York! Here we come…

N.I. is a haunting short film that explores artificial intelligence and what it means to be human. It is also part of the 2019 official selection at the USA Film Festival!  N.I. will be screening in the Narrative III Short Films Category this Saturday April 27th at 9:30pm. This gripping film comes from VFX Emmy nominated and award winning director, Sallyanne Massimini, and stars Giorgia Whigham and David Meza, with me rounding out the cast as…THE VOICE. This was such an exciting film to work on! If you’re in Dallas, come check us out! If you’re not, you can catch the film online.

Je Suis explores the myth that women can “have it all” as a woman struggles to balance work and family life. Je Suis is heading to the Blackbird Film Festival as part of the 2019 Official Selection and will screen on Sunday, April 28th in Block K  from 3:00pm – 4:30pm as part of the Dramatic Action Shorts category. If you’re in the Cortland, New York area, please stop by and check us out! Je Suis is written and directed by Faith Strongheart and has enjoyed an incredible festival run. Congrats to our entire cast & crew!

It has been such a joy and honor to work on both of these thought-provoking films. And so exciting to see them making the rounds on the festival circuit. I just wish I could be in both Dallas and New York this weekend…

Excited to share that JE SUIS  is part of the 2019 Official Selection at the Blackbird Film Festival in New York City!

JE SUIS will screen on Sunday, April 28th in Block K as part of the Dramatic Action Shorts from 3:00pm – 4:30pm. If you’re in the area, please stop by and check us out!

I absolutely loved working on this hard hitting film and have been so thrilled to see JE SUIS gaining recognition and screening at film festivals all over the world.

Congratulations  to our wonderful director, Faith Strongheart, our fantastic producer, Michelle Brattson Majors and our tremendous cast and crew!

Please visit www.BlackBirdFilmFest.com for a listing of all of the 2019 Official Selections. 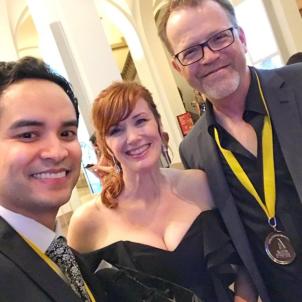 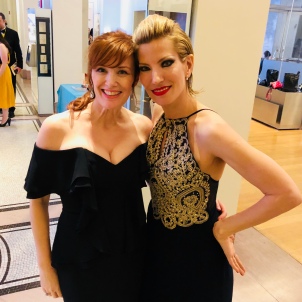 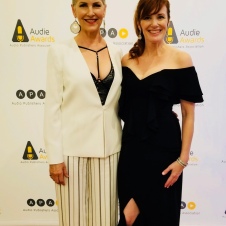 What an amazing time I had last week in New York as our audiobook community gathered for the APA Conference and celebrated the 23rd Annual Audie Awards at The New York Historical Society. It was such a special night catching up with dear friends and colleagues, and I so enjoyed the chance to make some new friends as well. I’m deeply grateful to be a part of this incredibly warm, generous, and loving community!

Congratulations to all of the 2018 Audie Award winners and nominees! What a joy it was to celebrate with you.

See you next time, New York!

I am still in awe thinking about the Broadway revival of Rodgers & Hammerstein’s Carousel, directed by Jack O’Brien! What a treat to see this powerfully rich show on my last night in beautiful NYC. The emotionally stirring music, gorgeous choreography, exquisite set design and absolutely stunning performances, literally took my breath away!

I was especially looking forward to seeing Jessie Mueller on stage, as I’ve been following her career since she starred in Beautiful a few years back and I just love her work, always fresh, real and so captivating.  Joshua Henry was riveting as Billy Bigelow and Renée Fleming brought the house down with “You’ll Never Walk Alone.”

If you are in NYC or planning a trip, do check out this incredible show! Now playing at The Imperial Theatre.